Gearing Up for the 2017 FIFA Confederations Cup 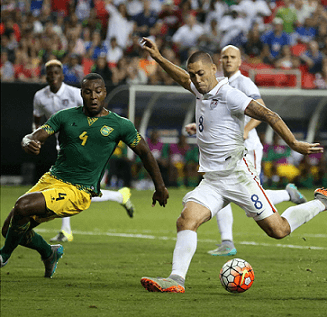 The FIFA Confederations Cup is a quadrennial tournament and every four years excitement reaches fever pitch, as soccer fans across the globe watch the battle for the trophy unfold.

The 2017 Cup runs from the 17th of June to the 2nd of July, and is the 10th edition of the tournament. Russia is hosting for the first time, and the general atmosphere will be made even more thrilling by the fact that the country is also hosting the FIFA World Cup in 2018. Since the Confederations Cup is considered a prelude to the World Cup, all eyes in the football world are going to be focused on Russia for a long time yet!

As always, sportsbetting enthusiasts will be keeping tabs on the latest action, news and odds for the tournament, and staying informed will be crucial. To get you started, we’re going to tell you more about the Confederations Cup and the teams who are playing this time around.

There are 16 games in the Confederations Cup. Initially, every team has to name a preliminary squad of 30 players. The final squad of 23 players, including 3 goalkeepers, has to be announced by the FIFA deadline but in the case of serious injury, changes can be made up to 24 hours before the team’s first game. This means you have to stay on top of injury reports.

The 8 teams are divided into 2 groups, A and B, of 4. In the initial group stage all 4 teams in a group play against each other. The winners and runners-up from each group go on to the knockout stage, which consists of the semi-finals, the finals and a third-place playoff. Each of these last 4 games is set to take place in a different Russian city in 2017.

The 2 semi-finals will take place in Kazan on the 28th of June, between Group A’s winner and Group B’s runner-up, and then in Sochi on the 29th of June, between Group B’s winner and Group A’s runner-up. The final will be on the 2nd of July in St. Petersburg, and the opening ceremony will also be held here. On the same day in Moscow, the semi-final runners-up will go against each other for third place.

There are 8 teams competing in the Confederations Cup. As always, the host country and the winners of the most recent FIFA World Cup, in this case Russia and Germany respectively, are both guaranteed a spot.

The remaining 6 places are taken by the most recent winners of the Confederation’s Cup, meaning that other 2017 contenders are: 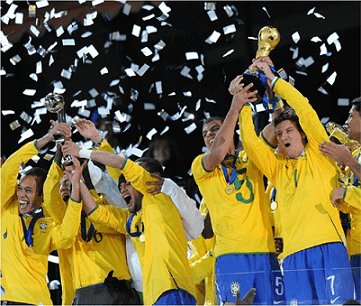 Group A will consist of Russia, Germany, Chile and Portugal; the other 4 countries will make up Group B. Brazil is the most successful team in the history of the Confederations Cup, having won 4 times, while France has won twice and Argentina, Mexico, Denmark have each taken the title once. Of the victors only Mexico is in this year’s line-up; defending champions Brazil who in fact won the previous 3 Confederations Cups are not there for the first time.

World Champion Germany is a natural favourite, but after the retirement of several strong players the team is in the middle of rebuilding itself. Cristiano Ronaldo could carry Portugal all the way, and Chile has been growing stronger since 2014 and winning consecutive Copa America tournaments in 2015 and 2016. The odds for these 3 sides are close together, and then get longer for the other teams:

As the last few days before kick-off count down, it’s essential that punters stay up to date on events and breaking news, as anything could happen in the lead up to this tournament.