Get Ready for the New Football Season Kick Off 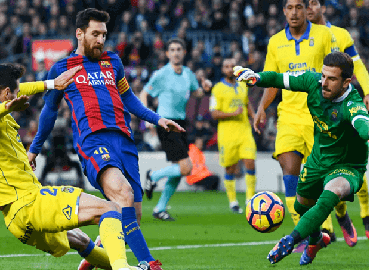 La Liga, the Premier League and the Bundesliga are all about to commence their 2017-2018 seasons. While Brexit is now being formalised, Britain remains part of UEFA and is still considered a major European League. If you’re any kind of Football fan, you are in for some serious viewing pleasure starting in August!

To prepare for bets that you’re going to place, check out our brief summaries on the current state of all 3 of these prestigious teams, and find out what’s in store when the action kicks off.

Osasuna, Granada and Sporting Gijón are to be replaced by the 3 division teams, after they were relegated at the end of the last season. The 3 division teams that are coming in are Levante, Zaragoza and Getafe. They are the two top teams from the Segunda División, and the play-off winners respectively.

Several new managers are coming in too, which should shake things up a little and make for some interesting changes, as opinions on methodology differ greatly. The defending champions’ odds are currently around 47/50, and Barca’s are very marginally higher. Real Madrid has found a new identity and organisation under Zidane’s management, while Barcelona has been going through a transitional period and has had quite a forgettable season.

Beginning on 18 August 2017, the 5th edition of the premier German football competition will conclude on 12 May 2018. Bayern Munich are the defending champions, and 18 teams will compete for the title. There are 2 teams promoted from, and 2 teams relegated to the second tier of the Bundesliga. Hannover 96 and VfB Stuttgart are coming in; FC Ingolstadt and Darmstadt 98 are going out.

Of the 4 managers who have left and been replaced, only Tayfun Korkut of Bayer Leverkusen reached the end of his contract naturally, and was then replaced by Heiko Herrlich. The rest were all sacked, meaning we might see some major changes in the styles of Mainz 05, Borussia Dortmund and Schalke 04. As Sandro Schwartz, Peter Bosz and Domenico Tedesco replace Martin Schmidt, Thomas Tuchel and Markus Weinzierl respectively, it will be interesting to see what happens to the way these 3 teams play.

The Bundesliga is also using Video Assistance to help referees make the right call for the first time ever, and many fans are curious as to the effect this technology has, and how much it is used. For now, the favourite teams to win are, like La Liga, the reigning champions, and another team: Bayern Munich’s odds are around 7/50, while Brussels Dortmund’s are around 6/1. 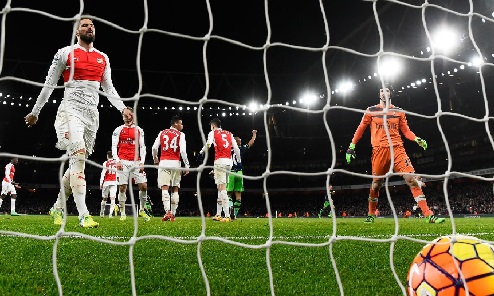 The 2017-2018 season will be the 26th for the Premier League. It will kick off on 11 August 2017 and run until 13 May 2018. The defending champion is the Chelsea team, while the teams that have been promoted from the 2016 -2017 EFL Championship are Brighton & Hove Albion, Newcastle United and Huddersfield Town.

In addition to the 3 teams promoted from the EFL Championship, the top 17 teams from the previous season will play, so the structure of the contenders is similar to what is seen in La Liga. The teams relegated to the EFL from the Premier League are Hull City, Middlesbrough and Sunderland. There are 3 managerial changes; Sam Allardyce has retired from Crystal Palace and was replaced by Frank De Boer, Walter Mazzarri has left Watford by mutual consent and has been replaced with Marco Silva and, most intriguingly, Southampton sacked Claude Puel. Mauricio Pellegrino has taken his place.

A supercomputer has already been used to predict some Premier League odds, but you should keep checking back for future developments. At the moment, bookies are setting odds on Chelsea taking home the cup again, at around 7/2, or Manchester City taking it, at odds of around 2/1 for this favourite prediction. Of course, the 5000/1 triumph of Leicester 2 seasons ago means it’s a lot more popular just to go with the team closest to your heart, as in Football, anything can happen.