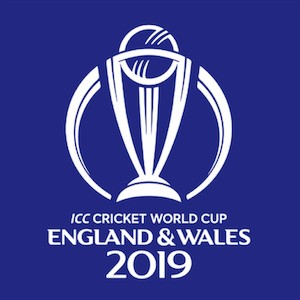 The 2019 Cricket World Cup is in full swing, and already we have seen some spectacular games. This is Cricket’s biggest tournament with the 10 best teams battling it out for the ultimate bragging rights.

The tournament runs until the 14th of July, giving sports fans and punters plenty of time to get in on the betting action. If you are keen to put money on any of the matches or maybe even the finals, here is what you need to know.

This year the Cricket World Cup is hosted by England, with games played at stadiums around the UK and Wales. As per previous years, the tournament is played in a One Day International (ODI) format where each team is allocated 50 overs to score as many runs as possible. Prior to the World Cup a qualification tournament was held to determine which of the 10 teams would take part. Many of the top teams gained automatic qualification due to their ODI world ranking.

Since there are only 10 teams in the tournament, all the teams are placed into a single group and play each other once in the group phase. Teams earn points for a win or a draw. At the end of the group stage, the 4 teams with the most points go on to play in the semi-finals. The winners then progress to the final and a chance to win the Cup. The 10 teams competing in the Cup include:

Matches Coming Up in July

The bulk of the group stage matches will be played in June, however there are plenty of games coming up in July. Matches to look forward to in July include:

The semi-finals will also be played on the 9th and 11th of July and the final on the 14th of July.

For each match at the World Cup it is possible to place money line bets on the match winner or any number of prop bets on match statistics. If you want to bet on the tournament result, you can place an outright bet on the teams to reach the final and who will win the tournament.

For more information on the betting markets and to view the latest odds for this years Cricket World Cup, check out Betway Sports, BetRegal and Royal Panda Sports.