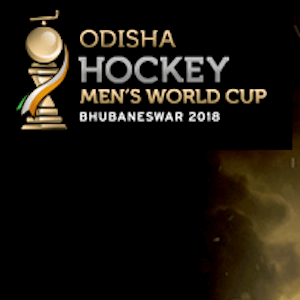 For sports betting enthusiasts, any type of World Cup means additional wagering opportunities and the chance to watch the action live. Coming up in November is the 14th edition of the men’s field Hockey World Cup. The origins of the tournament date back to 1969 when a Pakistani Air Marshal first came up with the idea of a multi-country tournament. The idea was approved by the International Hockey Federation (FIH) and was scheduled for October 1971.

Pakistan was initially scheduled to host the event, but due to the highly volatile political climate, the tournament was moved to the Real Club de Polo Grounds in Barcelona Spain. Since 1971, the Hockey World Cup has been held every 4 years to alternate with the summer Olympics. The World Cup consists of a qualification stage and a final tournament stage. All qualifying teams play a series of qualification matches in respective pools. The top two teams in each pool automatically qualify for the main event while the rest qualify through playoffs making up a total of 16 teams.

This year, the 2018 men’s Hockey World Cup will be held at the Kalinga Stadium in Bhubaneswar in India. The event will run from the 28th of November through to the 16th of December. As hosts, India automatically qualified for the final tournament. The 16 teams are split into four pools with Argentina, New Zealand, Spain and France in Pool A. Australia, England, Ireland and China in Pool B. Belgium, India, Canada and South Africa in Pool C.  Netherlands, Germany, Malaysia and Pakistan in Pool D.

Each team then play their Pool opponents once in a round robin format. The top 2 teams in each pool move on to the quarterfinals while the remaining teams play for positions. The top 4 teams in the quarterfinals move on to the semi-finals to determine the 2 teams that will play for the final. In 2014, Australia beat the Netherlands 6-1 in the Final to pick up their second consecutive title after winning in 2010.

As with all World Cup events, popular bets include outright wagers on who will win the Cup and who will be placed second or third. Tournament bets also include the winners of each respective pool and who will make it through to the semi-finals. There are also plenty of wagers than can be placed on each match, including simple match bets, handicap wagers and prop wagers.

If you want to get in on the action, you can find all you need at top-rated bookmakers like 888 Sport, William Hill, Betway Sports, Bodog, Sports Betting and Spin Palace Sports.