Place Your Bets on the 2017 Tour de France

The 104th edition of the Tour de France is set to take place from Saturday the 1st of July to Sunday the 23rd July 2017. There are many unique aspects to this year’s event, and a lot of honouring of traditions too.

While the official 9-rider teams are yet to be announced, the squads from which each team will be chosen have been published. As the event draws closer, further confirmations will be issued, but in the interim, you can get up to speed with the race’s history, some insight into this year’s tour and information on the lead contenders.

The World’s Most Prestigious Cycle Race

The Tour de France is considered the most important cycling race in the world, and it is definitely the biggest and the most famous. Since first being held in 1903 it has been an annual event, and was only stopped for the 2 World Wars.

Originally started as a fundraiser for a newspaper, the Tour de France has gotten longer and extended its global influence over the years. The course is different each year, and for the 2017 edition it has been designed to be quite balanced, though it could favour climbers a little.

Race director Christian Prudhomme said last year that he wanted the race to be less predictable, which is what this year’s design is intended to achieve. There are less climbs overall, but the heights to be scaled are especially steep. Riders will have to rely on their own legs more, and will be able to ride on teammates’ slipstreams less than in the past.

For the first time in 3 decades the Tour will extend to German soil, with the first stage being an individual time trial in Dusseldorf. This year’s race will also dip into Belgium and Luxemburg, and for the first time in 25 years it will include all 5 of France’s main mountain ranges; the Vosges, the Jura, the Pyrenees, the Massif Central and the Alps. The climbing highlight will be at the end of the very first stage, which culminates at the top of the Col d’Izoard.

The second of the 2 individual time trials in the race will be the 20th, penultimate stage, which will be a 22.5 km ride in Marseilles. There will also be 2 rest days, 9 flat stages, 5 mountain stages and 5 hilly stages in the 2017 programme, covering a total of 3540 km. As an official Union Cycliste Internationale event, all 18 UCI teams are invited and obliged to attend the race. There will also be 4 Professional Continental teams, as the Wild Cards. 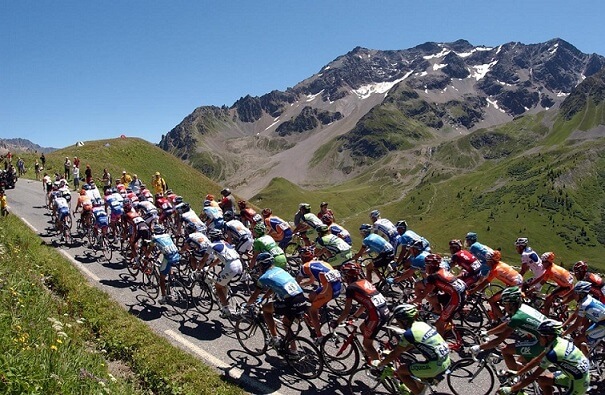 The odds for the race may change as the start date draws nearer, but at present there are already plenty of betting opportunities available to punters. Chris Froome is the defending champion of the yellow jersey, and has odds of around 6/5. Froome himself has said he is not concerned about having placed fourth in the recent Criterium du Dauphine, and that that race should push him forward on the Tour de France. However, he has also said that he considers Richie Porte to be the strongest candidate to take home the winning jersey after his strong performance in the Criterium. Porte’s odds are sitting around 7/4. Nairo Quintana and Alberto Contador are the other 2 favourites to win, with current odds around 13/2 and 12 respectively.

You can also bet on who will win the Green Jersey by scoring the most points, or who will claim the polka dot jersey for the best performance on the mountains. Peter Saga won the green jersey last year, and Rafal Majka the Polka Dot. Both these, and other betting markets are sure to make the race all the more exciting to watch, and wager on.