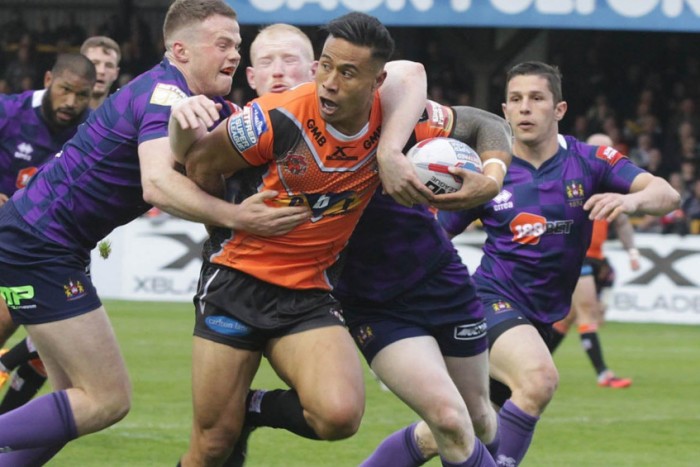 The final of the Betfred Super League, as the European Super League is more commonly known, is upon us! The semi-finals took place on Thursday the 28th of September when the Castleford Tigers beat St Helens, and on Friday the 29th of September when Leeds Rhinos beat Hull FC, and the Grand Final is scheduled for Saturday the 7th of October.

You can place bets on the final itself and to do so, you’ll need to consider the two teams playing, and how they are likely to perform. What are their chances of winning the title? What are the odds of them winning and how did they get to where they are now? We’ve got the information you need right here.

Can Castleford Tigers Continue to Dominate On Field?

The Tigers have won 25 of the 30 games they have played to get to the first position and won the 2017 League Leader’s Shield.

It should, however, be remembered that Cas lost to Hull in the Challenge Cup’s quarter-finals, and that St Helens gave them a real run for their money in the semi finals. They only beat St Helens by 1 point, so it wasn’t exactly a white wash. Nevertheless, Gale, who was back on the field for the first time after having his appendix removed looks to be in fine form, and as he technically pushed the team through to the final with his late penalty, all eyes are on him. There are plenty of fans backing them for a win, and their odds for taking the championship are 1/1. It is the first time ever they have made it this far, and if they claim the title it will shake the league up somewhat.

St Helens Just Couldn’t Do It

St Helens was historically a fixture in the Grand Final and was the 2014 champion, but the team seemed to be on shaky ground this year, and they just couldn’t make it through. The Saints fumbled in the Super 8s and lost 3 times in a row, but they seem to have returned to form with a last-minute victory against the Salford Red Devils. They just couldn’t pull the rabbit out of the hat though, and the Tiger’s last minute penalty saw them lose their spot in the final. Many may say that it was a lucky streak on the side of the Tigers, but that 1 point difference was enough to leave them out in the cold.

Hull Fails to be a Force

For Hull, history was set to repeat itself in the semi-final, as the only time they’ve won against the Rhinos this year was in the Challenge Cup on the 16th of June. Their narrow 18-16 loss in the semis saw them kiss goodbye their spot in the final, and the Rhinos big game experience once again gave them the edge - albeit a small one.

The Rhinos have a good chance of winning the Grand Final once again, and are the favourites, with odds at around 3/1. Their wealth of experience should stand them in good stead, and now that they have most of their strongest players back on the field, the chances are high they will hoist the trophy.

The Tigers are super keen to win the Grand Final as they have never won the trophy before, and the Rhinos are just as eager as they have a record of wins. Will we be watching a new team take the title, or the old guard reclaim its trophy? Stay tuned to find out!