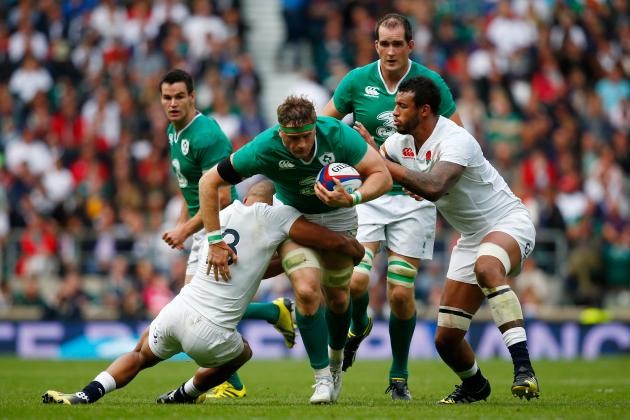 Round 4 of the Six Nations is just around the corner, and if you’re like any other true rugby fan, you’re going to want to be part of the action! The Six Nations always brings about loads of fantastic betting opportunities for punters, allowing them to follow each of the 6 rounds in the tournament and win massive rewards.

This year’s Round 4 will see Wales vs. Ireland, Italy vs. France, and England vs. Scotland go head to head to gain the upper hand that could see them claiming this year’s final Six Nations victory. There are plenty of betting opportunities in each of the Round 4 matches, and the three rounds played already have seen some big payouts awarded.

Round 4 is set to kick off on the 10th of March, and will be played across both the 10th and the 11th of the month.

Round 1 kicked off on Saturday, February the 4th, with Scotland vs. Ireland, England vs. France, and Italy vs. Wales. In the first round, Scotland beat Ireland 27-22, and England celebrated a 19-16 victory over France. Wales also beat Italy with a massive 33-7 victory!

Round 2 was held on the 11th of February, and saw Italy go up against Ireland and once again lose rather badly, with a final score of 10-63, while Wales was narrowly defeated by England with a 16-21 result. France in turn won over Scotland, beating them by 6 points in a 22-16 victory.

The latest round, Round 3, was held over Saturday the 25th of February and Sunday the 26th. Scotland went up against Wales in a 29-13 win, and Ireland beat France 19-9. Finally, England saw a huge victory over Italy with an outstanding 36-15 win!

England in the Lead for Overall Victory

The highlights of Round 3 could definitely indicate big things to come in Round 4. England has only grown stronger under Eddie Jones since he took over from Stuart Lancaster last year. England is the current Six Nations Champion side, putting them in the favourites status for the outright victory of this year’s tournament.

Ireland has performed fabulously in this year’s Six Nations, but an unexpected loss to Scotland has somewhat slowed their progress. However, Ireland’s win against France in Round 3 is promising indeed, and the team has current odds of around 13/10 for an outright win.

Wales is also a strong contender for the outright win, which will be their first Six Nations title since 2013. This side performed well in the November test matches, and claimed victories over both Ireland and England at Cardiff. However, the side’s loss to England in Round 2 may lower its odds of an outright victory. Current betting odds are 7/2.

Six Nations Round 4 is yet to be played, but this series of games will no doubt be a fantastic and dynamic opportunity for avid sports bettors. Overall, England remains at the head of the pack, but anything could happen in Rounds 4 and 5 to put another strong team in the running for a grand victory.

Round 5 of the Six Nations will be played on March 18th, whereupon the final winners of 2017 will be revealed. Will it be England, or Ireland, or will a completely unexpected side take the lead? The current betting odds for the final look as follows: