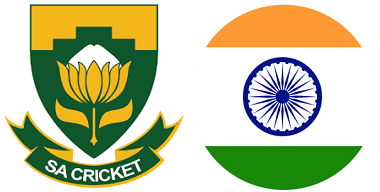 In the world of Test cricket there are a handful of countries that dominate the news headlines. The Ashes test between Australia and England for example is one of the most anticipated test series of the year. New Zealand, Sri Lanka, Bangladesh and Pakistan all top the leader board for the ICC rankings and when playing, attract global attention and plenty of online bets.

In January 2018, the world’s top-2 ranking teams will face off against each other in a 3-test series that is guaranteed to blow fans away. India will make their way to the shores of South Africa to take on the Protea’s in a battle of wit and skill. India currently holds the top spot in the ICC rankings as the best team in the world. South Africa is rated as the second-best team, so the matchup is going to be as exciting as it gets.

Kicking off on the 5th of January 2018, the Indian team will take to the field at Newlands in Cape Town for the first of three tests. The last time these two teams played at Test series was back in 2015. India played host and got the series off to a cracking start with a solid win in the first test. South Africa fought back in the second test, which ended up being a draw. India put the heat on in the third test again, winning it by 124 runs and an unassailable 2-0 lead with one test left to play. South Africa crumbled in the final test, handing India an impressive 3-0 victory.

How the Teams Stack Up

If we take a look at the stats as they stand, South Africa is one of India’s most formidable opponents. In terms of test matches, India has played South Africa a total of 33 times with the first being in 1992. Of the 33 matches, they have won 10 games, drawn 10 games and lost 13 games. While the stats are tight, South Africa holds a 39% win ratio compared to India’s 30%.  The only team to have a higher win ratio against India is Australia.

The 1st test promises to be an exciting event and that will provide plenty of betting opportunities. If you are looking to get in on the action, you can place a bet on the winning team, the man of the match, the total score, how many days the match will last as well as many other prop bets.

If you want to get in on the action check out 888bet, William Hill, and Titanbet.