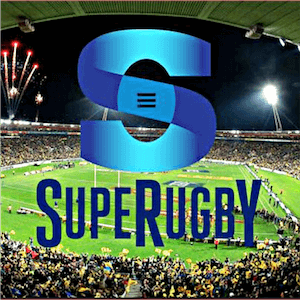 When it comes to sports betting, Rugby Union provides ample opportunities for punters to get in on the action. In Union Rugby, one of the largest and most anticipated competitions of the year is Super Rugby. For those who are new to the sport, Super Rugby is an international Rugby Union competition organised by SANZAAR. Competing in the tournament are teams from Australia, New Zealand, South Africa, Argentina and Japan.

This year marks the 23rd season of Super Rugby and will feature a reduced format, reverting to 15 teams after 2 seasons in which 18 teams competed. The 3 teams that will not be competing in 2018 include the Cheetahs and the Kings from South Africa, as well as the Force from Australia.

Representing the Australian conference, we have the Brumbies, the Reds, the Rebels, the Waratahs and finally the Sunwolves. The New Zealand teams include the Blues, the Chiefs, the Crusaders, the Highlanders and the Hurricanes. From South Africa, we have the Bulls, the Lions, the Sharks, the Stormers and the Jaguars (Argentina).

One of the reason’s Super Rugby is so popular is because of the sheer number of games taking place throughout the year. Each of the 15 teams plays a total of 16 matches with over 120 games in all. In each conference, each team plays each other twice, 1 at home and 1 away. Teams will also play 4 teams in each of the other 2 conferences that make up the 16 games.

Where to Bet Online

If you want to get in on the betting action this year, there are plenty of world-class betting sites that offer great odds. We can recommend Paddy Power, Betway Sports, Winner Sports, Titan Bet and 888 Sports.