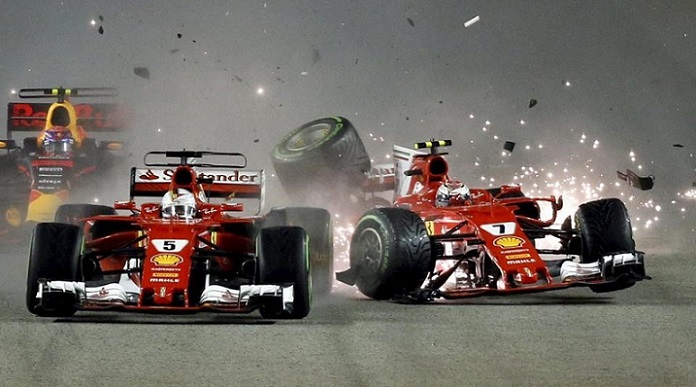 We’re 3 quarters of the way through the year’s Formula 1 season, with only 6 races to go. It’s been a thrilling ride so far; 2016 was more dramatic in terms of drastic improvements after 2015, but 2017 is definitely doing everything bigger and better than before.

As we enter the final portion of the season we’ve reviewed all the action so far, outlined the current driver and championship standings, and delved a little deeper into what could happen in the last few races. If you’re clued up about what’s to come it could help you decide how to place bets online, and maximise your chances of winning too.

Predictions After the Singapore Grand Prix

A lot of F1 fans have been waiting a decade to see Lewis Hamilton go head-to-head with Sebastian Vettel, since they both made their debuts in 2007. At the halfway mark of the season it seemed likely to finally happen this year, with both men having 4 wins after the Hungarian Grand Prix at the end of July.

The different driving styles – Vettel’s steady hand and Hamilton’s highs and lows – and emotional natures of the men have everyone hoping that a final clash between them would indeed end the Formula 1 season on a rather thrilling note. After the Singapore Grand Prix on the 17th of September, however, Hamilton is very strongly in the lead.

In Singapore, the race got off to a chaotic start but Hamilton finished with near-perfect driving. Vettel, on the other hand, collided with Verstappen and Raikkonen on the first bend, and was out of the race. Hamilton was able to move in front from 5th position, and led the entire way through the Marina Bay Circuit. It was his third consecutive victory, and makes him a firm favourite and leader of the championship by 28 points, with odds of him taking the overall crown sitting at around 1/7.

Vettel might be a considerable number of points behind Hamilton at the moment but his odds are still the second-best, so it could still well come down to these 2 forces of nature. Vettel’s odds are around 4/1 at the moment, and after that things get a lot steeper. Valterri Bottas is around 100/1, while Kimi Raikkonen, Max Verstappen and Daniel Ricciardo are all at 4000/1. This means the Mercedes AMG Petronas F1 team has 2 drivers in the top 3 positions (Hamilton and Bottas), Red Bull Racing has 2 drivers in the second 3 positions (Ricciardo and Verstappen) and Scuderia Ferrari has a single driver in the first and second 3 positions (Vettel is 2nd and Raikkonen is 5th).

Now that you know who to keep an eye on for the remainder of the 2017 F1 season, let’s consider the tracks that remain. The circuits are the Sepang International Circuit in Malaysia, Suzuka for the Japanese Grand Prix, the Circuit of the Americas for the US Grand Prix, the Autodromo Hermanos Rodriguez in Mexico, Interlagos in Brazil, and Yas Marina for the final Grand Prix in Abu Dhabi. These races will take place on the 1st of October, 8th of October, 22nd of October, 29th of October, 12th of November, and 26th of November respectively.

Most of the remaining 6 races are expected to suit Mercedes especially well, though Lewis Hamilton himself has said he thinks Ferrari will perform well in Japan and Brazil. The sweeping corners and wide straights that the Sepang International Circuit is known for require hard braking and steering, while the long back straight can be a great place to overtake and change the outcome of the race.

As Toto Wolff, Mercedes Benz executive director, said, Singapore was a great illustration of how quickly things can change in Formula 1. Hermann Tilke designed both the Sepang International and the Yas Marina Circuits, but the designs are quite different. Many drivers have said that every turn on the circuit in Abu Dhabi is unique, so by that point all top contenders will need to keep absolute focus. Keep watching to see who is doing that in the last few glorious races!