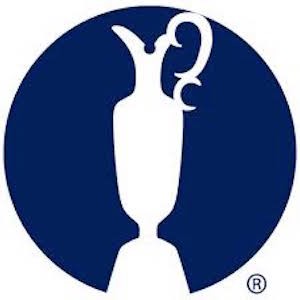 Golf is a sport that has evolved from obscurity into mainstream culture. With live streaming and global broadcasts of each tournament, sports fans and punters can place bets online and catch the action as it unfolds.

In the world of professional golf, the Major Championships, or ‘Majors’ are the most distinguished of all tournaments on the calendar. The 4 Majors include the Masters, the U.S Open, the Open Championship and finally, the PGA Championship. Only the best players from around the world are invited to the Majors, producing spectacular displays of golfing excellence.

With the U.S Open already underway, punters can now turn their attention to the third Major of the year, the Open Championship. Also known as the Open or British Open, it is the oldest of the 4 Majors with the first tournament played in 1860. The first ever tournament was played at Prestwick Golf Club in Scotland with a field of just 8 professionals playing 3 rounds of the 12-hole course. The following year, the tournament was opened to amateurs of which 8 attended, as well as 10 professionals.

Over the years, the tournament has expanded and evolved into one of the biggest tournaments in the world. For the first 40 years of its existence, mainly Scottish players hoisted the trophy. It was only in 1894 that players from England, Jersey and France were able to claim the title.

In 1921, the first US player won the tournament, and since then the Americans have gone on to dominate, winning the majority of the modern era events. The current reigning champion is Jordon Spieth, who defeated countryman Matt Kuchar by 3 strokes to claim the 2017 title.

The 2018 Open Championship is the 147th edition of the event and will take place from the 19th to the 22nd of July. This year, the tournament will be held at the Carnoustie Golf Links in Angus, Scotland. Past champions expected to make an appearance include Jordon Spieth, Henrik Stenson, Zack Johnson, Rory Mcllroy, Phil Mickelson and Ernie Els.

For anyone thinking of placing a bet on the Open, there are a number of top-rated sites where you’ll get great odds. 888 Sport, Betway Sports, Bodog, Sportsbetting.ag, Spin Palace Sports and William Hill are just some of the impressive options.

The great thing about online golf betting is that there are plenty of options available for both novices and seasoned punters. The easiest wager to place is an outright tournament bet. This is where you predict who the winner will be at the end of the tournament. During the event, there are also plenty of other betting opportunities including individual round and leader board bets.

On each day, you can predict which player will be the top of the leader board. It is also possible to place a wager on the winning shot number, if a hole will be over or under par, if a player will hit a hole in one and who will make it through to the final round. Golf betting also provides the ideal opportunity to place head to head bets where to players are pitted against each other, and what better event to put money down in this way than on the Open?