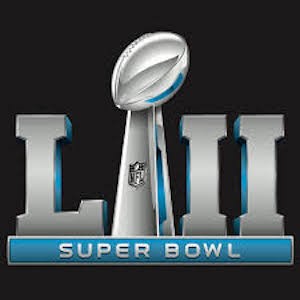 If you have been following the NFL, you will no doubt be aware that we are in the final stages of the season, with Championship Sunday coming up on the 21st of January and the Super Bowl rounding off the season on the 4th of Feb. If you haven’t been paying attention for the past few decades, the Super Bowl is among the single largest sporting events on the planet. Millions of viewers from all over the world tune into to catch all the action.

The Super Bowl is also responsible for the biggest day in sports betting, with millions of punters predicting the outcome of the game. This year marks the 52nd running of the Super Bowl, which will be held on the 4th of February at the U.S. Bank Stadium in Minneapolis, Minnesota. The Super Bowl is the final showdown between the 2 top NFL teams and will decide the League Champions.

How the Teams Stack Up

For those who are new to the sport, the NFL consists of 2 separate conferences made up of 16 teams each. These include the NFC conference and the AFC conference. After a 4-week preseason and a 17-week regular season, the top 2 teams in each conference automatically qualify for the post-season finals. The top six teams in each division compete in a 12-team elimination round.

The road to the finals began with Wild Card Weekend, where Tennessee defeated Kansas City and Atlanta defeated the Los Angeles Rams on the 6th of Jan. On the Sunday, Jacksonville pulled one over Buffalo while New Orleans defeated Carolina.

Next up was divisional weekend where the Philadelphia Eagles continued their winning ways with a narrow win over Atlanta, while the Patriots crushed Tennessee. On the Sunday, Jacksonville narrowly defeated Pittsburgh while Minnesota squeezed past New Orleans.

If you are interested in getting in on the Super Bowl betting action, there are a number of top-class betting sites to choose from, including Betway Sports, Paddy Power, 888 Sport, Winner Sports and Titan Bet.