The NFL Takes On London 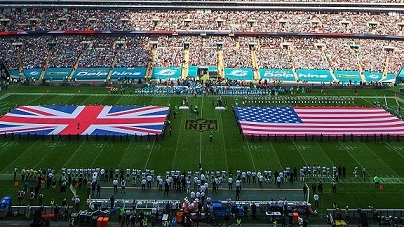 The National Football League, or NFL, of North America is the richest sporting league in the world. It has been staging regular-season games in London since 2007, starting with 2 a year, progressing to 3 a year and hosting 4 for the first time in 2017.

It has been possible to bet on NFL games from within Great Britain for years, but the staging of games on English soil has drummed up more interest than ever before. It’s a great new opportunity for bookies, and they’re offering some thrilling bets and payouts for new fans, and for those who have developed a taste for the game.

Why Did the NFL Come to Britain?

It’s clear enough that locally-staged games would drive up interest in NFL bets and that United Kingdom sportsbooks will benefit from this, but you might be asking yourself what is actually in this deal for our cousins from across the pond? When you consider the travel costs and lost revenue to the clubs, after all, the London fixtures actually cost the NFL money.

So why would the NFL choose to expand to England? The answer lies in projected sponsorship, merchandise sales and commercial rights revenue. Amid concerns that its popularity in the United States has peaked, the NFL plans to export matches to Mexico as well, in November 2017, and is considering doing the same in Brazil and Germany. There are no other leagues that do this on a regular basis, so it’s a bit of a gamble, but so far it definitely seems to be paying off.

England’s continued fascination with NFL games is clearly seen in the fact that the teams playing last year were definitely small fry in the Football league, yet all 3 games sold out the 84,000-seater stadiums. The same seems to be happening this year, and for a team like the Jacksonville Jaguars that come from a town of less than 1 million people, London represents a huge new market.

Not only does Britain’s case of NFL fever translate to more merchandise sales, but British games are aired at times that are better for the Asian market and the time difference with the east coast of America means that fans can watch 4 rather than 3 matches back to back. It all adds up to more lucrative television rights, and to sweeten that deal even more the NFL has developed close relationships with both Sky and the BBC. With so much invested in it, the NFL juggernaut in the United Kingdom shows no signs of slowing down. 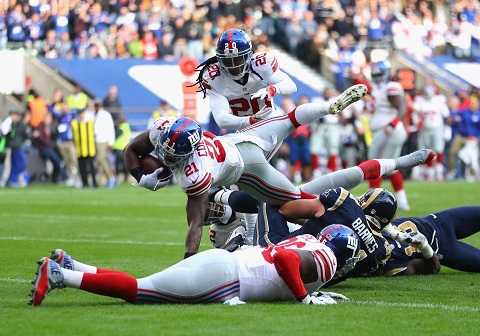 There will be 4 regular-season NFL matches held in London in 2017, 2 at Wembley Stadium and 2 at the Twickenham venue. In other words, the home of English Soccer and the home of English Rugby, respectively, will be hosting the games, which feels very appropriate.

Wembley stages consecutive games in weeks 3 and 4 of the NFL calendar, and Twickenham will do the same in weeks 7 and 8. Week 3 saw the Baltimore Ravens going against the Jacksonville Jaguars on 24 September, with Jacksonville winning the game.

The New Orleans Saints will battle the Miami Dolphins in Week 4, on 1 October, and then in Weeks 7 and 8, on 22 and 29 October respectively, the Arizona Cardinals will take on the Los Angeles Rams and the Minnesota Vikings will take on the Cleveland Browns. They’re average teams that wouldn’t be anything to get excited about back home, but in England the furore around them is huge. And that makes for exciting spectating and punting!