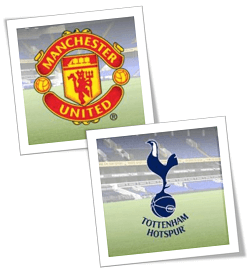 Football is one of the most popular betting sports in the world. At this time of year the English Premier league is in full focus, as games continue through the holiday period. Currently Manchester City top the log on 52 points, followed by Manchester United 11 points adrift on 41. Chelsea and Liverpool make up the top 4, while Arsenal are just outside the crucial on 33 points.

If you are a Tottenham fan, the outlook may be a little less rosy. After a disastrous start to the season, Tottenham are sitting in 7th on 31 points. While their hopes of a Premier League title are all but over, they still have a chance to make it into the crucial top-4 and quality for the Champions League. At the end of the day, they are only 3 points shy of Liverpool in 4th place, but they need to start winning more games.

One of the most important games for Tottenham is the upcoming match against Manchester United. The match will take place on the 31st of January and the betting is already open. The last time these two teams went head to head, the match was at a deadlock for 80 minutes. It was over two months ago now and the memory is still vividly imprinted on our brains. After a back and forth affair, United striker, Anthony Martial blasted in the game winner in the 81st minute.

If we are talking stats, Man United are on what you would call a winning streak. After falling to Chelsea in November, they have gone on to win every other game since. This includes both Champions League and Premier League games. In some cases, like the Newcastle and Waterford game, United racked up four goals while their 3-1 win over Arsenal was no less impressive. They are certainly a side gunning for the top spot and will be hard to put away.

What Tottenham Bring to the Table

On the other hand, Tottenham have had a bit of an up and down season. Their Champions League games have been fairly successful, and they pulled off a massive 5-1 win against Stoke in the Premier League. However, they have had a few draws and let’s not forget the crushing defeat at the hands of log leaders Man City just the other day. They are a strong side and given the chance can rise to the occasion.

The Man United matchup could go either way at this point. If you want to get in on the betting action, you can find the latest odds and betting options at William Hill, 888 Bet, Titanbet, and WinnerSports.