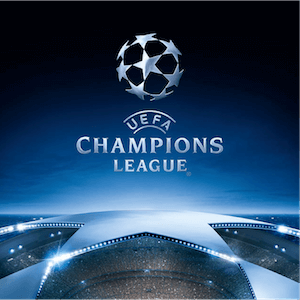 In the world of international football, The UEFA Champions League is the most prestigious annual football tournament on the planet. Organised by the Union of European Football Associations (UEFA), the tournament is run annually and is contested by the top-division teams from all the top European clubs. The origins of the UEFA Champions League date back to the 1950’s when the first European Cup was held.

Prior to 1992, the tournament was only open to champion clubs from each European country. From 1992 onwards, the tournament was extended to include a round-robin group stage, which could include clubs that finished as runners up from the top-level national leagues. In its current format, up to five national league clubs can be entered from the top-rated nations, including England and Spain.

How the Tournament Works

The UEFA Champions League kicks off in in mid-July, with 3 knockout rounds and a play-off round. The 10 remaining teams then join the 22 teams who previously qualified for the tournament. The 32 teams are then drawn into 8 groups of 4 teams each. The groups then play a double round-Robin system. The 8 winners and 8 runners up proceed to the knockout phase, which culminates in the Finals held in May.

In 2016, Real Madrid met the Italian side Juventus in the Finals in Cardiff. Real Madrid eventually went on to win the match, defeating Juventus by 4 goals to 1. For their efforts, they picked up their 12th Championship title, becoming the most successful team in the tournament’s history. Spanish clubs have had the most success in the tournament winning a total of 17 times, followed by Englishclubs, who have won 12 times.

This year, the UEFA Champions League final will take place on the 26th of May at the Olimpiyskiy National Sports Complex in the Kiev Ukraine. While we still have to wait and see who will appear in the final, as the first leg of the semi-finals is already underway. First up will be Liverpool taking on Roma at home. Then former champs Real Madrid will take on Bayern in Germany. The second leg will see the sides switch home stadiums, with Real Madrid playing at home and Roma playing at home.

Who’s in the Semi-Finals?

Of the four teams, only Roma has not won a Championship title. Their best achievement was runner up back in 1984; however, they have been playing well this season. In comparison, Liverpool and Bayern Munich have both won the title 5 times, while Real Madrid leads the stats with 12 wins. The betting sites all have Madrid picked as marginal favourites, while Roma is sitting as outsiders at odds of 9.00.

For football fans, the UEFA Champions League final offers a huge range of betting opportunities. If you want to get in on the action, you can find the latest odds at top rated online betting sites like 888 Sport, Winner Sports, Betway Sports, William Hill, and Titan Bet.