Who to Watch in Wimbledon 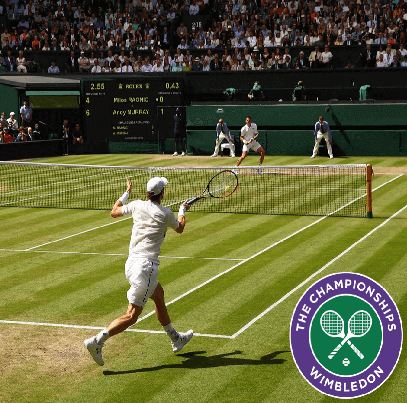 The 4 tournaments that make up the Grand Slams in tennis are the Australian Open and the French Open, which have already been played, the US Open that will be played in August and, of course, the British Open, also known as Wimbledon. Qualifying rounds will be played at the Bank of England Sports Grounds in Roehampton from the 26th to the 29th of June, and then the tournament will take place from the 3rd to the 16th of July.

A Championship with a Long and Proud Heritage

The Wimbledon games were played for the first time in 1877 at the All England Croquet and Lawn Tennis Club, lawn tennis itself having only been devised a year earlier by Major Walter Clopton Wingfield. The Marylebone Cricket Club administered the new code of laws that was drawn up especially for the event. These covered points such as net posts, net heights and the distance of service from the net, and were very similar to the rules used nowadays.

Spencer Gore won the inaugural Wimbledon Championship, and Women’s Singles and Men’s Doubles were added in 1884. Until 1922 the defending champions had to play in the finals, whereas this year Serena Williams, who has won the Women’s Singles for the past 2 years, is not playing at all due to her pregnancy. Professional players were originally not able to compete, as with the other Grand Slam titles, but since 1968 the Championship has been open to all players.

The honouring of past traditions is not only seen in the game rules at Wimbledon, but in the strict dress codes – players must wear all white – and even in the classic delight of strawberries and cream for spectators. The championship, the only Grand Slam that is still played on grass, is considered the world’s premier tennis tournament, and it is the All England’s constant priority to maintain this status.

With the qualifying rounds of the world’s premier Tennis tournament about to begin, fans, punters and experts are already considering the line-up of contenders. Nadal has performed well at Wimbledon in the past, and has played in 5 finals, but has not made it past the 4th round since 2011. However, he has a very relaxed attitude, which has recently seen him playing some of the best tennis of his career, and he did just thrash Stan Wawrinka to clinch his 10th French Open title.

Top-seeded British player and eight-seeded player in the world Johanna Konta has also been quoted as saying that she is not putting any unusual pressure on herself for Wimbledon. She points to Jelena Ostapenko, the 20-year-old Latvian who beat the more experienced Simona Halep and won the 2017 French Open, as evidence that women’s Tennis has a lot of depth right now.

Maria Sharapova, who has just started making a comeback following a 15-month ban for the use of the banned substance Meldonium, might have had big plans for the grass court season but she has been forced to bow out. The athlete announced on Facebook that a tear in her muscle would not allow for grass court competing.

With all this action going on behind the scenes already, who knows what Wimbledon proper will bring? Defending champion Andy Murray is the current favourite for the Men’s Singles, but it’s important to stay up to date with the latest opinions and news. Let’s take a look at the full list of men’s and women’s favourites currently: